WHO ARE THE ONES BEHIND THE COVID-VAX GREAT-MONOPOLY DEPOPULATION AGENDA?

​Ex Chabadnik:
"Chabad is a racist organization - a Jewish supremacist missionary cult whose main goal is Jewish total superiority over the "Goyim" and their enslavement."
A pandemic with a death rate of less than half a percent is not a pandemic. Is this the motive for the covid  psy op and "vaccines."?

In this article, I want to tell you about my experience and my understanding of the Jewish religion in general and a racist cult "Chabad" in particular.

HOW I BECAME PART OF CHABAD

It all began at the age of 20. At the time I was a religious Jew but I wasn't quite part of Chabad. Then in 2005, while visiting NYC, I met a Chabad emissary who had introduced me to the movement. He asked me if I could visit  "770" in Brooklyn NY. I did. I took part in their rituals and meetings and over the next four years I became a fanatic follower of Chabad.
We used to have meetings in which we had discussed the coming of the Jewish Messiah and the future world as envisioned by Chabad and the Jewish religion - a world where the Jews are the supreme masters of the Earth where every individual Jew has as many as 2,800 gentile slaves, a world, where the only purpose of non-Jews is to SERVE Jews. On the other hand, the Jews are considered as the "Seat Of God".
WHAT AND WHO IS CHABAD?
Chabad is a racist organization - a Jewish supremacist missionary cult whose main goal is Jewish total superiority over the "Goyim" and their enslavement.
Its central commandment is fulfilling the commandment "Breaking Through"i.e. making the world safe for Zionist world domination.
(Trump & Nazis & Chabad -same crossed hands)
Chabad train their young to be emissaries when they grow up. Being "emissary" in Chabad terms means spreading their racist ideology to Jews all over the world - especially those who are not practicing Judaism. They give ideological and moral support for the Zionist Globalist Agenda.

They see the enslavement of the "Goyim" through the international Jewish banks and the international politics as serving their Messianic prophecies - a future world where the Jewish NWO controls all the nations of the world.

Under their leader Rabbi Menachem Mendel Schneerson, (1902-1994) left, the movement established a network of nearly 4,000 institutions that provide religious, social and ideological support to Jews in over 1,000 cities, spanning 100 countries including all US states.

JEWS ARE GOD. GENTILES ARE INSECTS WHOSE ONLY PURPOSE IS TO SERVE JEWS OR DIE:

According to Chabad, Jews themselves are "God". Usury is permitted and encouraged against non-Jews (This is the motive of the NWO bankers). Chabad's movement book "The Tania" is all about the Jews being God on Earth and non-Jews as being no more than animals - inferior without souls. If they do have souls their souls are demonic and satanic and originate in the "Klipot A'thmeot" i.e. the unholy spheres or the "Sitrha Achra".

Gentiles are animals without souls in their eyes.  The "Jewish Soul" is God incarnate.  Every Jew is a "God" in flesh.
The entire universe including the trillions of galaxies, stars, and planets were created solely for the Jews and by the Jewish God YHVH who is actually a manifestation of the Jewish people itself. One fingernail of a Jew is worth more than the entire non-Jewish world populations (That includes Europeans, Muslims, Asians, and Africans) according to Chabad...

THE NWO AGENDA
Chabad is nothing more than a manifestation of the Jewish racism that fuels the NWO agenda. Israel's founder and former prime minister David Ben Gurion's envisioned the Jews as being at the center of the One World Government (Illuminati Satanic NWO) dream. This will be the fulfillment of the promises of the Bible where the Jews will be the controllers and rulers of all the nations of the world in the time to come.

The Jerusalem Supreme Court with the Illuminati pyramid and the mark of "All-Seeing-Eye" was built to support this agenda as envisioned by Ben Gurion :
"In Jerusalem, the United Nations (a truly United Nations) will build a shrine of the prophets to serve the federated union of all continents; this will be the seat of the Supreme Court of Mankind, to settle all controversies  among the federated continents, as prophesied by Isaiah..."

Guess who funded and built the "Supreme Court"? The controllers of the world banks i.e. the Rothschilds of course! The Jewish racist and supremacist agenda is blatantly in your face... It is simply a matter of 2+2=4.
Cabala and Satanism are a means to weaken their host nations so they can more easily control these nations by degrading them.  This is how they maintain their money monopoly - by breaking down race,  nation,  family (heterosexuality) and belief in a higher spiritual purpose to life (i.e. God - Not religion! ). Hence we become more materialistic and less spiritual (look at modern "art" for example) and are then more easily controlled and enslaved by them as people with no meaning in life don't fight back. This is the Eye Of Sauron.  The All-Seeing-Eye. "One Ring To Rule Them All"...

WHY I LEFT CHABAD AND JUDAISM BEHIND ME

I left Chabad since I had an experience which made me feel that this hatred is not coming from God but from man's ego and fears.

I hope that White Europeans and those who are against White genocide understand that the reason why the White race is being attacked today is that of the one ultimate racist ideology on the planet: Judaism.

LURIANIC CABALAH, TIKKUN OLAM AND THE EXTERMINATION OF THE GENTILES: PART IIA THE ZOHAR

AN OPEN CALL FOR WHITE GENOCIDE!!!!! 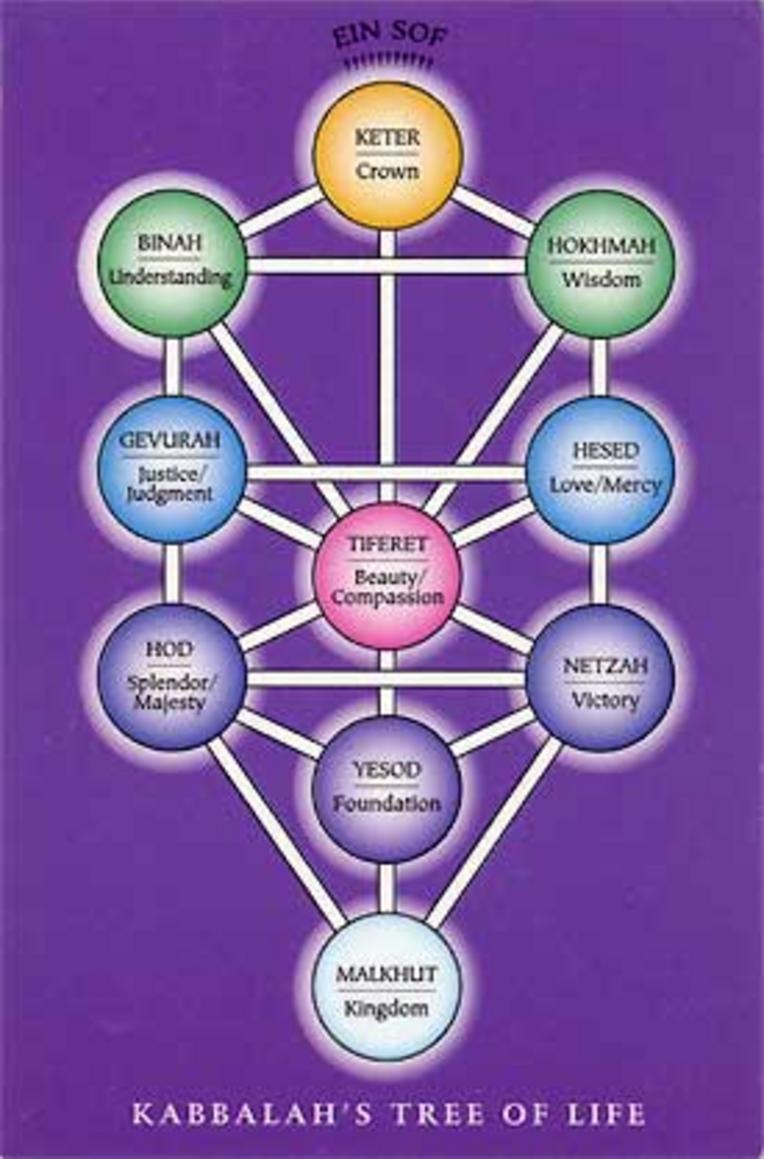 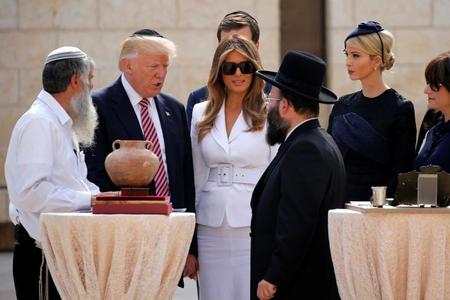 WAKE UP!!! The COVID 19 HOAX is straight out of the ZOHAR!!!  The ZOHAR is written in CODE and states GENTILES MUST BE EXTERMINATED in order for the Jewish people to "Rule the World" from Jerusalem; ie:  "The Messianic Age".  And the BEST GENTILES, "the White Europeans", will GO FIRST!!!  SPREAD THE WORD NOW!!!!!

Satan at the Wailing Wall 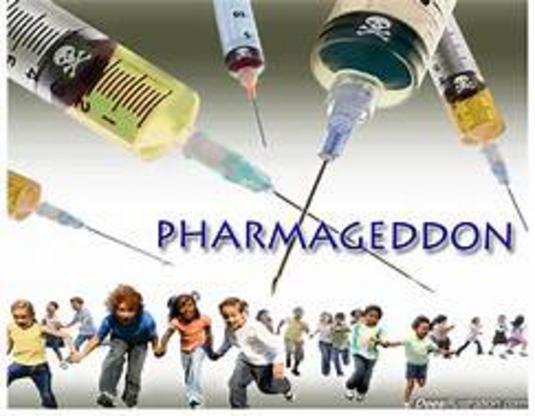 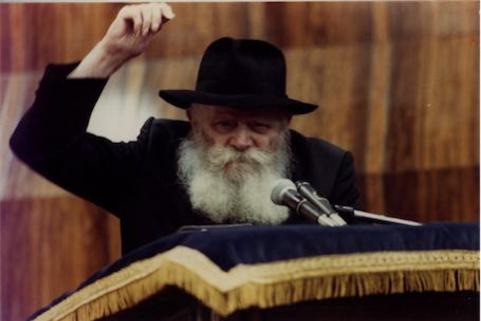 Covid "Vaccines" -- Exterminating the Goyim is Basis of the Cabala

The Cabala (Satanism) is the Ideology of the Illuminati

The "antisemitism" smear diverts attention from the grim reality - the hate actually emanates from Cabalist Jews and their Freemason agents in the form of a simultaneous attack on our gender, racial, religious and national identity. This hate now finds expression in the pandemic psy op and killer vaccines.

Jew or not, if you are not an "anti semite" in the sense of opposing this diabolical agenda, you are a dupe who will pay dearly for your conformity & ignorance.

Ted Pike, 74, has performed a heroic service to humanity through a 30-year mission career. In 1988, he sent 15,000 copies of this book to Christian evangelists, thanks to the generosity of an anonymous donor. He was instrumental in preventing hate laws to be passed in the 1990's with 750 radio broadcasts. His video Zionism & Christianity-Unholy Alliance is key to understanding our world. An artist and sculptor, he is currently engaged in a project to demonstrate the hand of God in nature, specifically birds and animals.  He regards Donald Trump as a fraud. This book can be purchased by sending $24.95 to Ted Pike PO Box 828 Clackamas OR 97015

I urge you to read Ted Pike's Israel: Our Duty...Our Dilemma (1984) to fully understand the danger in which humanity finds itself today. The essential teaching of Judaism's most holy book, the Cabala, is that non-Jews form an impediment to progress and must be subjugated or exterminated. This ideology probably explains much of mankind's tragic history and impending doom.
(Left, Ted, no relation to Albert Pike)

Only "religious" Jews are aware of this agenda but they are very much in control of the West through their control of the banking system and Freemasonry. The fact that Trump is surrounded by these Jews, and constantly makes Masonic hand signs, suggests that his opposition to globalism is a distraction from his real mission, unleashing Armageddon on the goyim.  Of course, we all hope this is not so.

Few people take the time to read the Cabala. Ted Pike did and outlined his findings in Chapter 12, The Conspiracy of the Kabbalah." (110-123)
The Cabala is "an attempt by the Pharisees and their descendants to wrest control of this world from God and give it to themselves."
This is the definition of Satanism - supplanting God. Judaism at its Cabalist heart is Satanism. That's why you don't have to believe in God to follow Judaism.

According to the Cabala, Gentiles by their very existence are an impediment to Jewish rule and Heaven on Earth. "The Kabbalists saw the extermination of the Gentile as a necessary process towards restoring order in the universe. The Gentile is a form of demon...Satan himself."
Pike quotes Cabala, "When God reveals himself, they will be wiped off the face of the earth." (I Ber. 25b)
Until that blessed day, Jews will continue to languish and feel oppressed by the goyim.
"Man" in the OldTestament refers only to Jews. How will man conquer the world?
"By deceit and trickery wherever possible. They must be fought against without ceasing until proper order is restored. This it is with satisfaction that I say we should free ourselves from them and rule over them." (I, 160a, Pranaitus Trans. p.74)
This is scary considering who controls the weapons of mass deception.
When Jewish world domination has occurred, the Messiah "will display His force and exterminate them from the world." (III, Schemoth, 7 and 9b, de Pauly.)
"When these shall be exterminated, it will be as if God had made heaven and earth on that day..."(I, Ber. 25b)
"A the moment when the Holy One ...will exterminate all the goyim of the world, Israel alone will subsist, even as it is written, the ord alone will appear great on that day." Vayschlah, follo 177b de Pauly, Webster p.373.
The Cabala recommends the extermination of the Gentiles as the highest religious duty. Only then will Jews be able to flourish.
Most Jews are unaware of this diabolical agenda and certainly do not share these goals. However, this subjugation of the goyim is the essence of "globalism" and the New World Order.

The "chosen people" is the ultimate scam. I don't like to sound alarmist but this is the best explanation of world events past and present. We've lost the ability to recognize evil and call it by its name. This is not about a difference of opinion. This is about good and evil.
Let me tell you about evil. Evil is out to destroy everything good including you and everything you hold dear.
And remember, many Cabalists are Freemasons. These Gentiles want a seat at the table and sold their souls to the devil. They were/are indispensable. We're talking about a widespread Satanist conspiracy. Let's focus on Satanists rather than Jewish dupes.

If this agenda is indeed behind world events, it's time humanity stirred from its complacency and organized its defence.

LURIANIC CABALAH, TIKKUN OLAM AND THE EXTERMINATION OF THE GENTILES: PART I INTRODUCTION 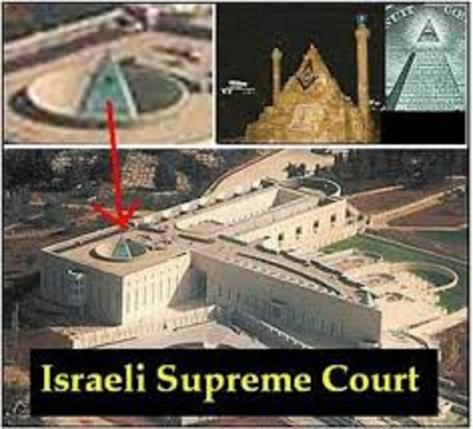 CORONAVIRUS, KABBALAH, AND THE MARK OF THE BEAST 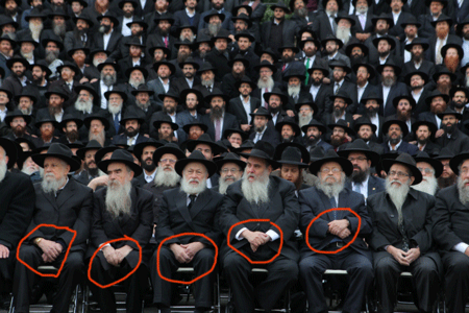 SABBATEANISM, CHABAD-LUBAVITCH, ROTHSCHILDS AND THE ZOHAR 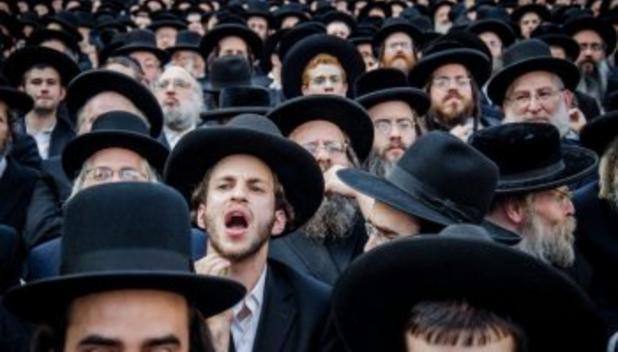 Jewish Leaders of the Covid Cabal

Recently a commenter going by “Zero” gave us all a reminder that the U.S. government response to the “Covid crisis” is very jewish, just like the pharmajewticals.